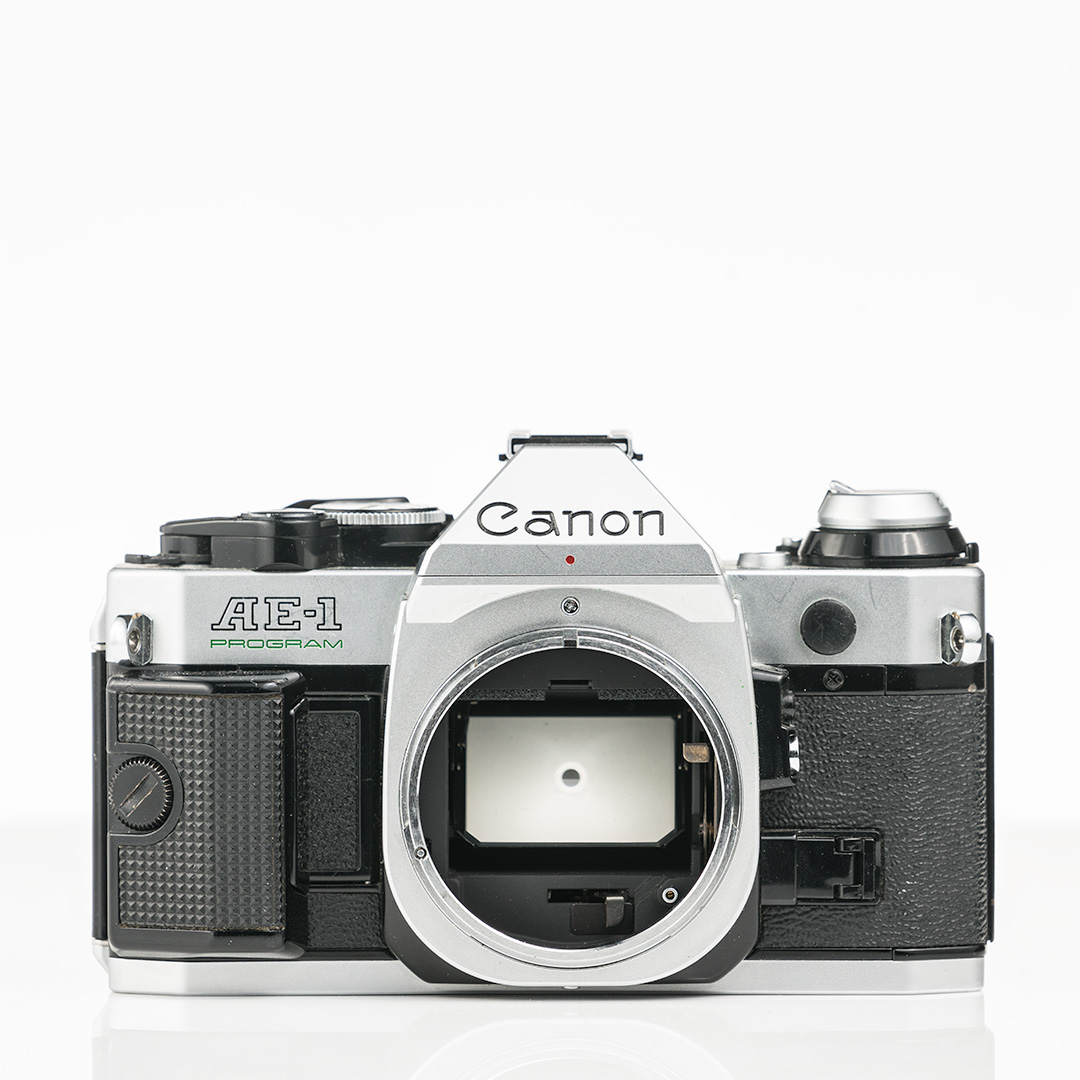 Features
9.0
Build
9.0
9.0
Easy to use for beginners yet many features for more advanced photographers
Slow maximum shutter speed (1/1000), no exposure compensation dial

This was the first camera that I bought and owned. Purchased around 1985 with the kit lens (35-70 mm f3.5-4.5). This camera has traveled with me throughout the US, UK, Africa and a little bit of Asia. Shot mostly color position film (slide film) for class use (history professor). Usually shot aperture priority, although I'm sure there were some "program" shots along the way. Captures great images in all kinds of light using unforgiving film and a pretty cheap and slow lens. Amazing camera for a photography student, too. I wish it had a easy way to do exposure compensation (such as the A-1 dial). You cannot go wrong with this camera. Mine has taken a little abuse as a few dents show, although I am generally very careful with my gear. I have to own one in all black at some point in my life, just because it looks cooler in my opinion. I've been adding lenses over the past 15 years, but all of my early work was with the one kit lens. Sometimes less is more!

Very nice 35mm SLR Camera. Great for someone who wishes to begin using film. Easy to use, very cooperative. Sports a sleek and elegant design. Comfortable to hold with the palm grip. Accesories are easy to attach, as well as the battery being simple to change, although it is somewhat expensive. Overall a great camera.

The Canon AE-1 Program was a 135 film single-lens reflex camera that used Canon's FD mount lenses. It was introduced in 1981 as the successor to the Canon AE-1, five years after that camera's introduction. The major difference was the addition of the Program AE mode first seen in the A-1. This mode sets both the shutter speed and aperture automatically—albeit with a slight bias towards the shutter speed setting. The user simply had to focus the camera and then press the shutter button. For those desiring more control, the AE-1's shutter priority auto-exposure and full manual modes were still available.

Like the A-1, the AE-1 Program sported a right-hand "Action Grip" on the front of the camera. It also supported the A-1's Motor Drive MA; this required another electrical contact on the base plate. The AE-1's Power Winder A, and a new, faster Power Winder A2, were also supported. The viewfinder used LEDs to show information to the user.

Also like the A-1, the AE-1 Program supported interchangeable focusing screens. Unlike the A-1, though, which specified that screens only be changed by the factory or experienced service technicians, those on the AE-1 Program could be user changed. The camera came standard with the new split/microprism, but seven others were available. Unfortunately, the AE-1 Program retained the dated A-series electromagnet-controlled cloth-curtain shutter, with its slow top shutter speed and flash sync. This shutter design has also proven to be more maintenance-intensive than modern vertical-travel metal blade designs. The electronics and electromagnets were powered by one 4LR44 or PX-28 6V battery.

The additional electronics used for the program features of the AE-1P have resulted in more electronic gremlins over the years, and the model is considered by some more difficult to repair than earlier and simpler A-series cameras.

Main Switch: Three positions: "A" "L," and "S." At "L" all active circuits are cut off as a safety feature. "S" position is for self-timer photography.

Back Cover: Opened with rewind knob. Removable, interchange with Databack A. With memo holder.

Other Safety Devices: Camera will not function when power level insufficient. Film winding impossible while shutter is in operation

I had this lens refurbished after its bodies sealing was eroding into the film compartment. It works excellent now, like a new camera. The AE-1 Program uses a small 6V battery, such as Duracell 28L I find one battery to take hundreds of pictures. It is slightly heavy as it constructed with a metal body with some polymer doors.

I find the Program mode to be fantastic. I only use it when I do not have the time to properly expose my shot, or I do not care what shutter speed I use. This makes this camera ideal for action shots. Nearly all of my photographs from Program mode were properly exposed.

This camera has a limit of shutter speeds of 1/1000 of a second down to 2 seconds aside from bulb. Personally, I find the slower shutter limit to be annoying, as bulb does not allow you to see what exposure you should use. I end up bracketing several shots and hope that one of them was properly exposed.

On the viewfinder, the exposure meeter is measured only on full f-stops, so it can be frustrating if you are trying to estimate what shutter speed to use without looking at the shutter dial. Nor is it hard to fine toon an exposure under a full stop of light.

There are two ways of seeing the exposure settings, half-press the shutter button, or the Exposure Preview. This is handy while adjusting the aperture or shutter speed independently. The AF Lock switch button is right next to the Exposure Preview being rather hard to press the right one without looking directly at the switch.

There is a shutter release cable that is inserted on the shutter button for long exposures. It is about a foot long. If you do not have the release cable, there is a self timer mode.

One thing to keep in mind while using this camera is the Stop-down Lever. Don't try to mount or remove lenses while the lever is locked. I accidentally did this once, and now it is a delicate process to remount a lens so you can still control the exposure meetering or adjust different apertures.

The ASA dial supports 12 to 2500 ISO speeds. I am not sure if you try to use faster film speed if the camera will properly expose the roll.

I have never used the PC slot for off camera flash, nor have I used a motor drive for this camera, which it does support. The manual states that 1/60s is the fastest shutter speed that a flash can synchronize with the camera.

With it´s shutter priority and Program modes, and very bright viewfinder, the AE-1P is a good street and action camera. It has a useful AE lock button which only has to be pressed once while the shutter button is pressed halfway to lock in the meter reading. For me this button is too close to the more prominent Exposure Preview button, and so is a bit fiddly to activate. And unfortunately this AE lock is the only exposure compensation the camera has, apart from altering the ASA dial. At least this ASA dial has a separate locking button - more reliable than the pull up and turn ASA dial on my AT-1, which after 30 years is difficult to adjust. Mind you, I did have to clean inside the ASA window of the AE-1P before I could read the numbers! (interesting how my AT-1, AV-1 and AE-1P all have very different ASA dial layouts).

I like the variable brightness viewfinder LED´s which show the actual aperture number, but the display only shows full stops, a minus in my book, especially when I want to add some exposure compensation. In manual mode only the suggested aperture is displayed, not the actual one set on the lens, but at least the AE-1P does have a manual indicator light in the finder to remind you (unlike the EF!). I really like the very bright viewfinder, thanks to the same interchangeable focussing screen design as used on the New F-1. One of the benefits of being almost the last camera in the A series, I guess (only the AL-1 was later).

I don´t use the AE-1P´s Program mode myself, partly because the camera doesn´t tell me what speed it´s going to use, unless it´s 1/30 or slower (the Program mode indicator light blinks). That´s not much use to me if I´ve got a 200mm lens attached. But it´s good to know Program mode is available if needed.

My AE-1P is a battered version that I bought a couple of years ago. Still works well though, and feels a solid enough camera. I like the A-1 type action grip that sits in front of the battery compartment, and all in all I can recommend the AE-1P. Especially at today´s bargain prices. The squeaks and squeals that come out of the battery check button give it´s age away though!