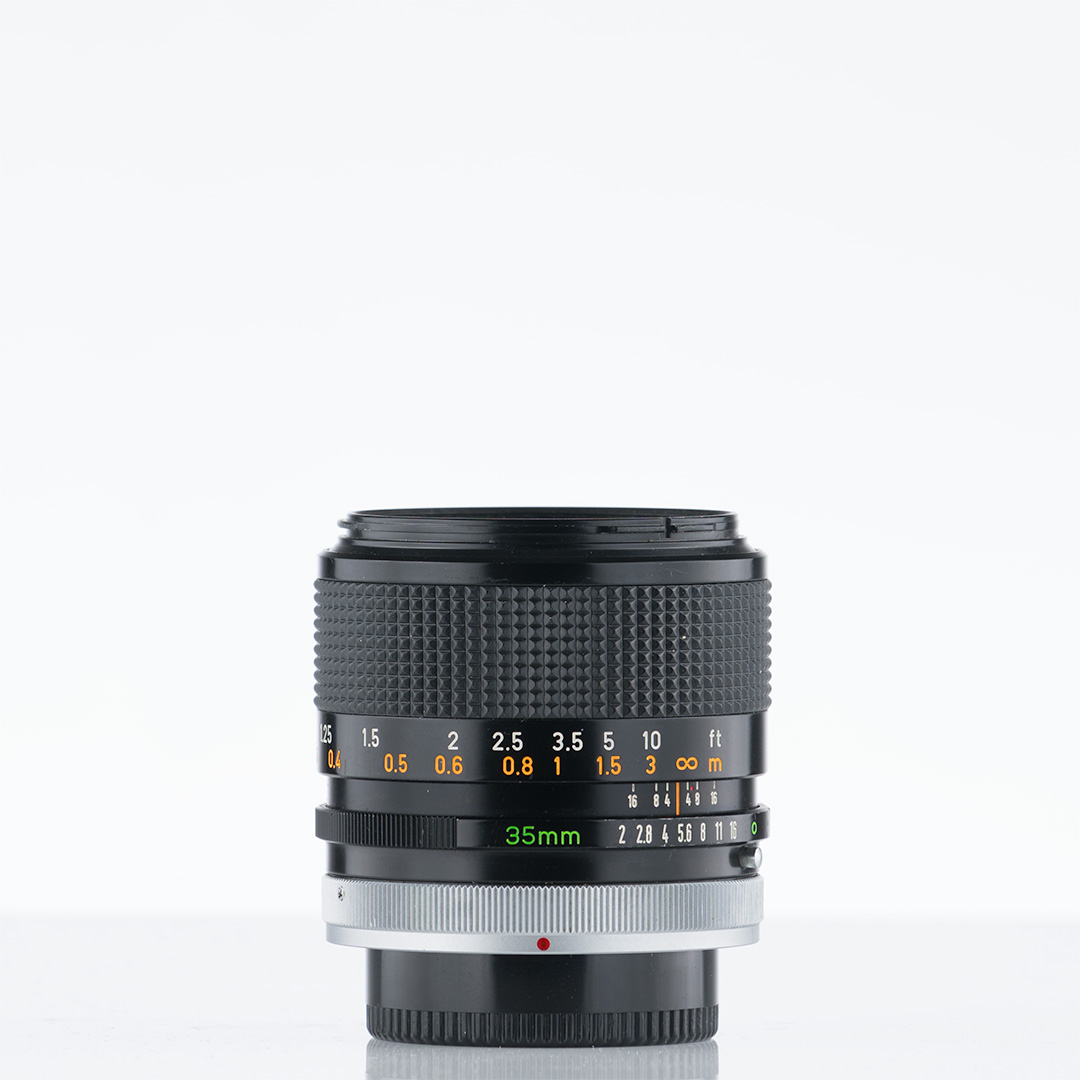 Wonderful old piece of glass, all-metal barell so very solid. This lens is well-known for its IQ and sharpness on the film cameras like AE-1 (24 x 36 mm) but its coating is in my opinion not so superior for modern digital cameras. There are also meanwhile many other 35mm lenses which are significantly sharper than this one and also with better contrasts. Yet, this lens works still very well on NEX or micro four thirds system cameras. Slightly radioactive thorium glass tends to get yellow layer within the years, but it is easy to bleach it exposing it to UV-rays for at least several days. No big deal, let your lens to catch some sun in the beautifull winter days, exposing it straight as possible. Protect all black parts of the barell by aluminium foil so it doesn't get warm! (diaphragm oil) Longer one does it, yellow layer disappears better.

It's true what has been said about this optic, wonderful quality, with a bit of radioactivity thrown in for good measure! Can be used at all apertures, and is my favourite walkabout lens. True, the later ones are more compact, but the concave breech mount version is great to look at.

My lens is just slightly yellowed, not enough to cause a problem on colour, but I mostly shoot B&W anyway.

This is the latest version with the Thoriated (radioactive) front lens element. Which can be recognized by it's hollow (concave) shaped front lens. It has a minimum aperture of F/16 (which was later upped to F/22), and S.S.C written on the front. The later versions of the 35 F2 are said to have slightly dropped in quality. I've used this one for a while now with the Canon A-1 and the results are just so damn sharp, even at F/2. I also love the yellow tone of the thoriated coating that gives the photos a subtle warm filter effect, and appears to improve the contrast. Less blown-out highlights in general it appears, more clarity, and better black/white contrast. It's said you can remove the yellow tone by putting it in the sun for a period of time. But what would be the fun of that. If you would buy a warm or yellow filter it would reduce the photo quality slightly depending on the quality of the filter glass. So this is better. Also the extra F stops are really worth it. The depth is beautiful at F/2 and it's very fast. I wasn't expecting that speed, but F/2 is actually very close to f/1.8 if you think about it. That number '2' is misleading. Have a look at the sample photos i've posted. My rating is not 10/10 because well, it's not a zeiss/leica. But considering the budget, it really is a 10/10 score.