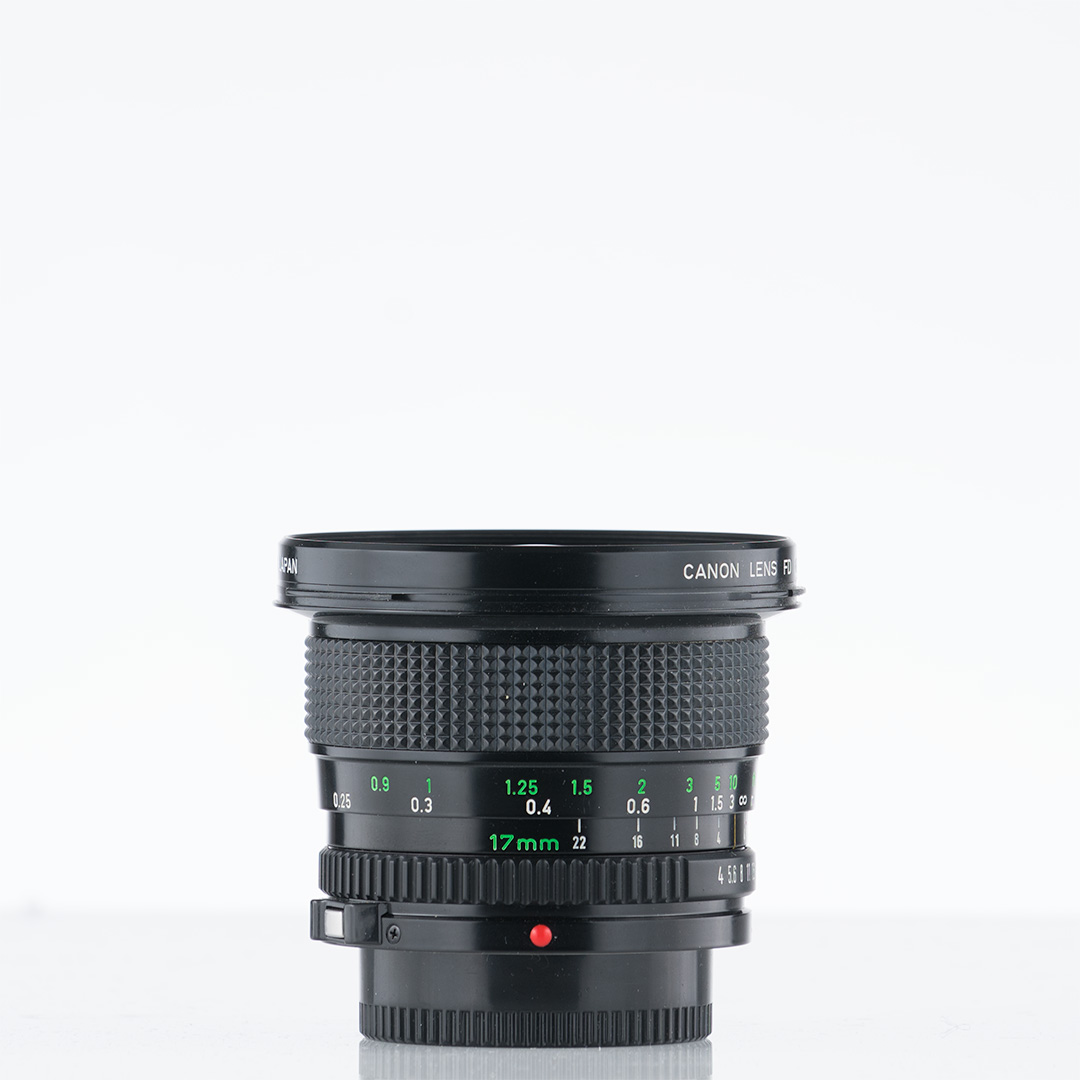 This is a nice UWA with some flaws

It is an affordable UWA, usually priced around the 20mm 2.8 but harder to find. It is also quite lightweight for it's class. It is pretty good in terns of sharpness.

However, It is pretty slow at F4 so low light can be an issue. It has some mild moustache distortion as well. I don't know why they gave this a 72mm filter size. For that size, one can make this a 2.8 aperture or wider focal length. Most importantly, if you are like me and don't use filters for the sake of ghosting: Do NOT use an inward lens cap! If you do, it will create a nice perfect circular scratch on the front element. Stick with the old Canon FD lens caps for this guy. This is also the only lens I would invest in a multicoated filter to prevent this issue. Using an old filter will create ghosts that are annoying in low light.

Aside from the cons, this can be a very useful lens for the budding landscaper or architectural photographer as it is quite affordable.

This really is a very nice lens. The problems it has are easy to clean up when used on a digital camera. I can see them being a much more serious concern for someone who shoots slide film. My review is based on my experience with this lens on a full frame digital camera (Sony A7).rnrnThe lens is solid and well built, yet relatively light. It can be soft in the corners, that's true. But I use it stopped down to at least f11 most of the time, and it's plenty sharp at those apertures. The purple fringing is strongest in the corners, and it will be a bother if you're shooting slides. It's fairly easy to clean up in digital images. There's remarkably little distortion across the image. I also use the Canon FD L 20-35, which has pronounced moustache and barrel distortion, especially at 20mm. In comparison, there's almost no distortion using the 17mm lens. The Canon FD 17mm f4 vignette quite heavily. However, I created a profile in Lightroom for the lens that makes dealing with the vignetting straightforward. rnrnBottom-line: if you need a 17mm lens and you're a Canon FD shooter, this is a nice choice. I also used to own the Tokina RMC 17mm lens, which was OK, but not nearly as good as this lens.

I really like this lens, though it was more impressive to use it on the Canon AE-1 than on the modern digital bodies with smaller sensors.

Its old coating renders on digital cameras of our time (m4/3, NEX) just a bit weaker colours than many modern lenses- although for my eyes it feels quite natural.

Its biggest problem issues are flare and ghosts which get easily produced even under quite common light conditions. The image contrast suffers then as well. Using of the proper lens hood (considering camera's crop factor) can improve the IQ very much.

All else I can say about this lens that I otherwise just love it and I can recommend its use.

This lens, Which I bought off Ebay in Germany for € 175, is a very good performer.

It's great power lies in hyperfocal settings. When set at F22, hyperfocally, it's sharp from 22 cm from the back of your camera to infinity.

Then you can shoot the wildest kinds of extreme close ups with infinity still sharp.

The lens is nicely sharp.

The shade may be hard to get, but if you have a chance of obtaining one, buy it.

I have a Sigma 14mm, with even more extreme DOF, but this lens outperforms it, so I don't use the Sigma any more.

This lens makes you long for the Canon FD 14mm F2.8L. Very rare and very expensive.