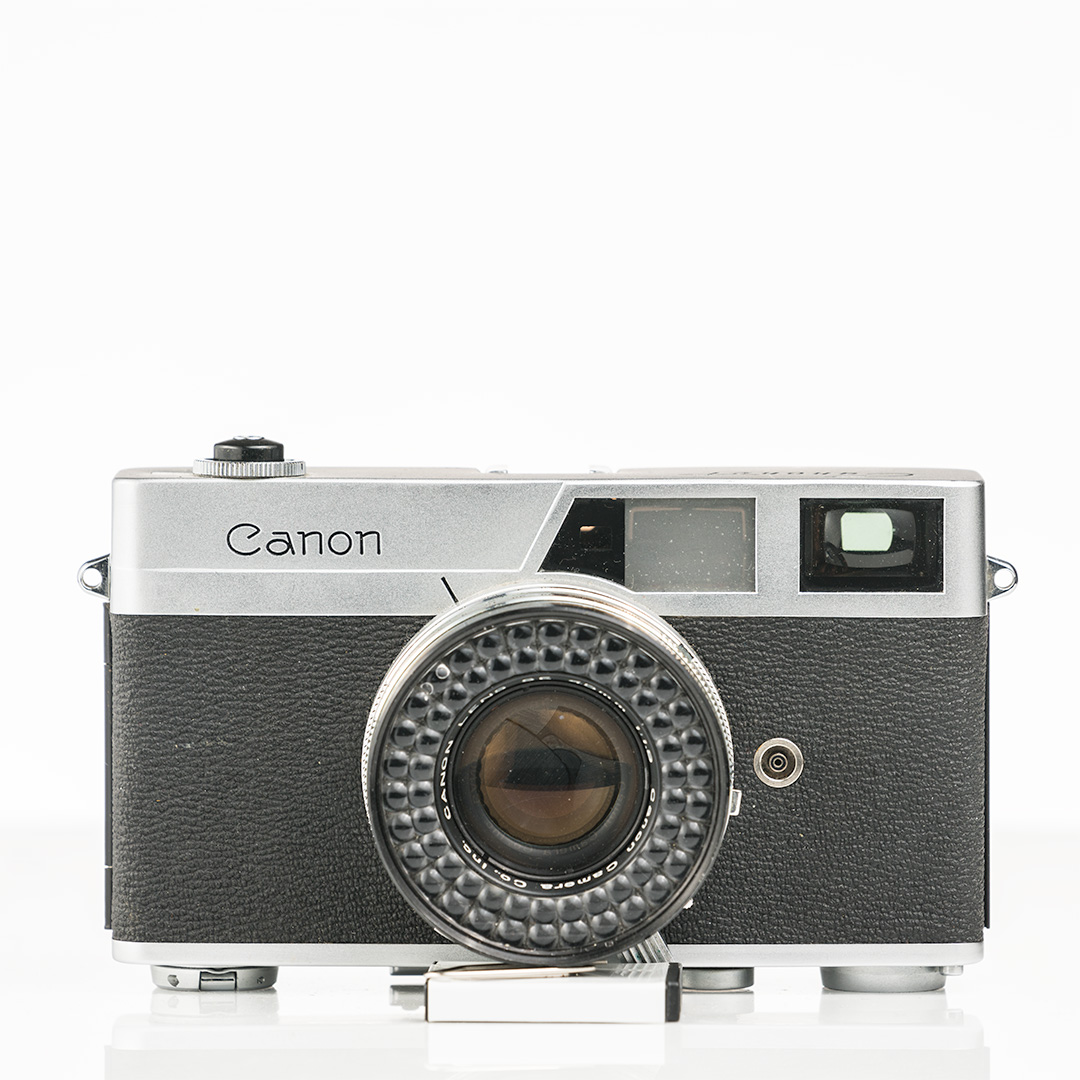 Features
8.0
Build
9.0
8.3
First item of an important series, good lens, easy to use
It may be hard to repair.

I used one of these for a few years before giving it to a friend. I had gotten the matching hood and a yellow filter with this Canonet.

The Canonet is the first item of the series. It has a selenium meter around a 1:1.9 aperture lens, which is very decent and gives very sharp images at f/4 and below. The film advance lever is in the bottom of the body, with an articulated end.

Autoexposure mode is shutter priority, with aperture is shown in the viewfinder. It has a flashmatic feature in which you set the guide number of flash and aperture is automatically set depending on the focusing distance. It may be operated in fully manual mode, which is good insurance in case the selenium meter goes dead.

The camera is relatively large but it has very good handling. It is excellent for general use and street. A very convenient RF, which usually goes for much less than later models.